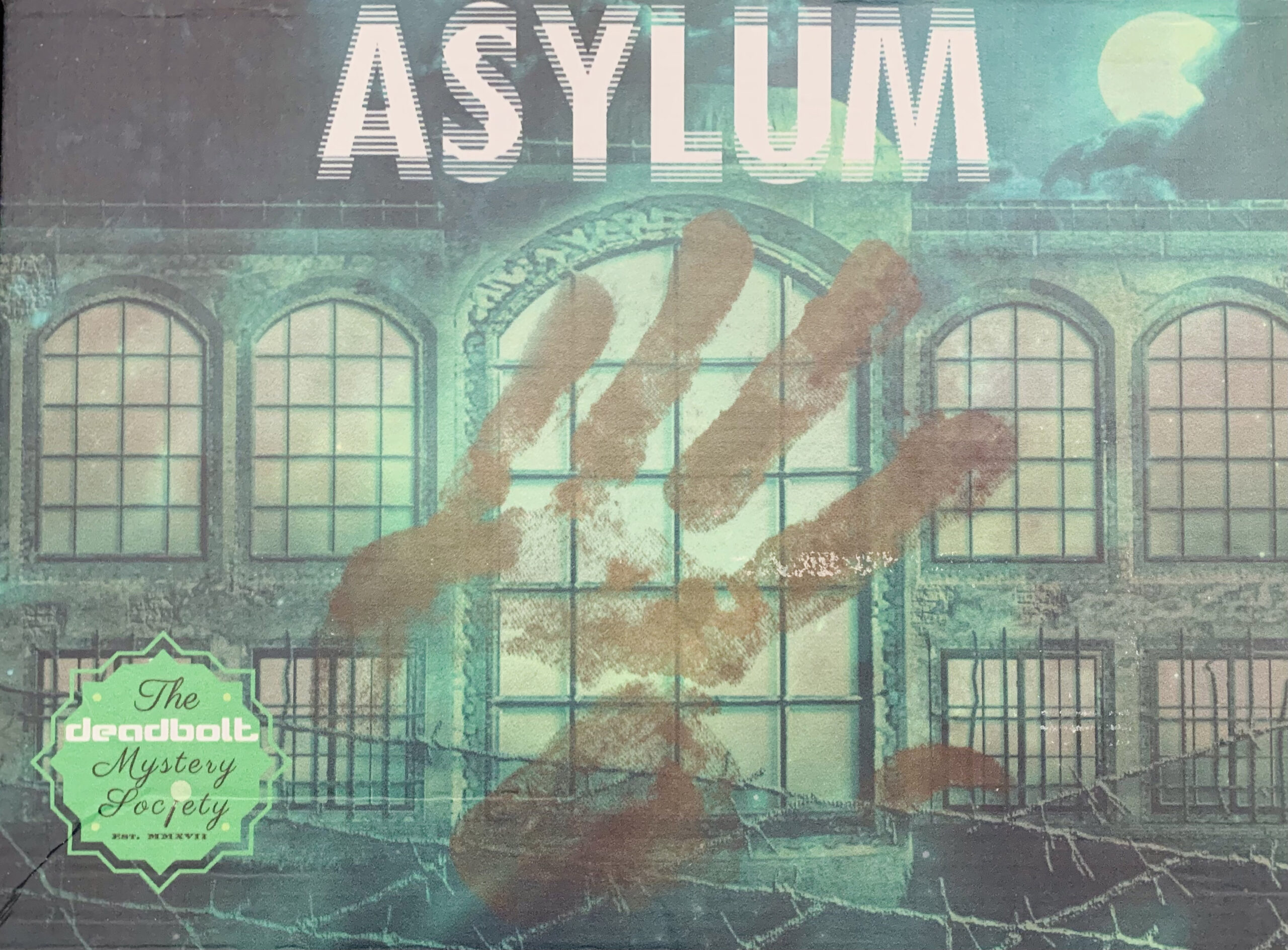 Before we get to Asylum: A Deadbolt Mystery Review, here is some information about the monthly mystery boxes.

Deadbolt Mystery Society is a monthly subscription with a new mystery each month. Each box has puzzles to solve, clues to find and evidence to follow. Each month is a standalone mystery and they all seem to take place in Valley Falls. I have not done them all to be sure though. The Will Street Detective Agency investigates the mysteries and you work for them. 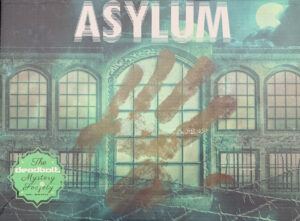 Asylum (April 2018) – For nearly a century, Saturn Hills Asylum has housed the mentally disturbed of Valley Falls. Under the leadership of Dr. Norman Blackthorn, Saturn Hills has become known as both a pioneer in experimental psychiatric techniques as well as a facility equipped to house the most dangerous, demented criminals. Despite the nature of the sadistic souls held within its walls, Saturn Hills has functioned largely without incident until Wolfgang Koch was discovered in his room, hanging from the overhead light by a makeshift noose. The way Koch died seems particularly strange given his history and the reason he was incarcerated at Saturn Hills in the first place. Koch, one of Saturn Hills’ most notorious inmates, was also known as The Judas Killer because he hanged each and every one of his victims and left a handful of silver coins in the pockets of the deceased as he staged the suicide of Judas Iscariot over and over again. Silver coins, incidentally, were also found at the crime scene. Who had it out for The Judas Killer and what was their motive for killing him? What kinds of secrets are hidden behind the padded walls of Saturn Hills? Can you discover what was really going on at the asylum and determine who killed Wolfgang Koch? Difficulty Rating – 6/10 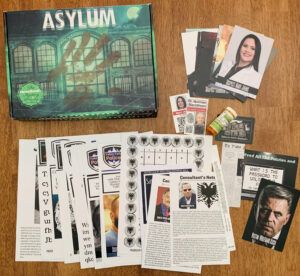 Another great theme and an enjoyable mystery. I was pretty far into the box and had not eliminated any suspects yet but I have done some other boxes like that and didn’t think too much about it.

There are quite a few time-consuming puzzles included, I figured out how to solve them it just took some time getting the messages worked out. And then I had all the puzzles figured out on this one but I couldn’t bring it all together and had to use some hints to finish up and get the solution.

This is an older mystery and might not be always available at the Deadbolt Mystery Society website but if it is available it’s a good one to get.

Subscribe to Deadbolt Mystery Society and get a new mystery every month.

I am not affiliated with Deadbolt Mystery Society, I just enjoy the mysteries. I subscribe and buy these myself.