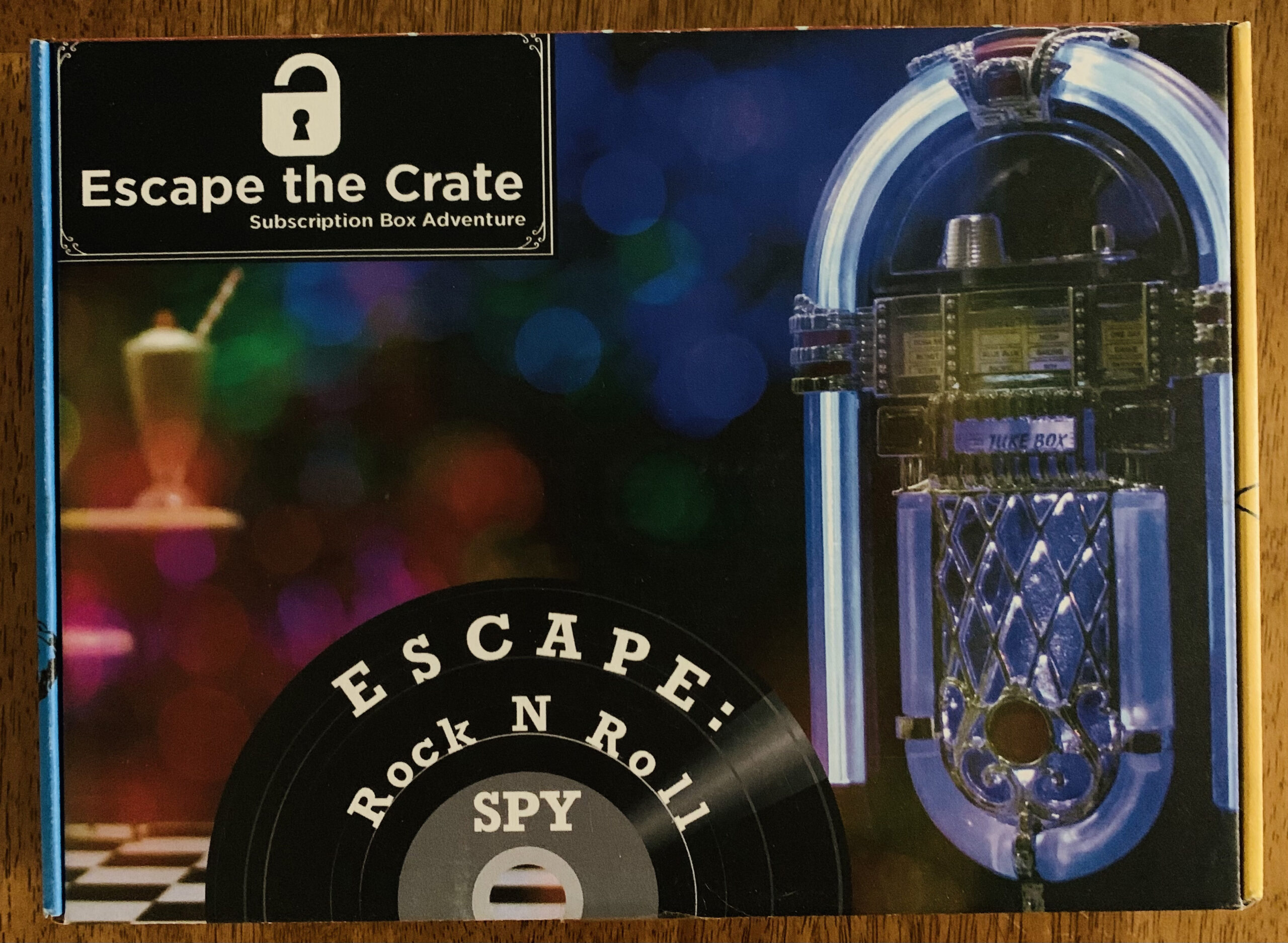 Before we get to Escape: Rock and Roll Spy review, here is a little information about Escape the Crate.

Check out our What is Escape the Crate page if you don’t know how the missions work.

About Escape the Crate

Escape the Crate is an escape room type adventure delivered to your home bi monthly. The Clockmaker sends you a mission box to go back in time and fix issues in a certain time period. Each Mission is a new theme that includes codes to break, clues to find and mysteries to solve. The box itself is used to solve the puzzles.

In this mission you are going back to the 1950’s to Benny’s Diner. Benny is suspected of being a Russian spy. You have to search the diner and figure out the truth before Benny returns and launches an attack. 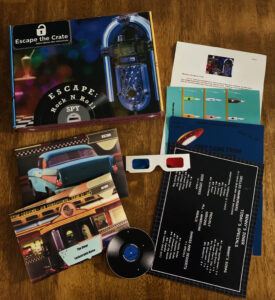 Thoughts on this mission:

This was a fun theme! It had a little bit of Rock and Roll, Russian spy, 1950’s diner and space. The storyline was cool and everything fit so perfectly into the theme.

This mission is just one mystery but the first part (first few puzzles) was a bit easier than the second half.

I was doing pretty good with this one until I got to the songs and I couldn’t figure it out at all. I was sure I had the correct answer and tried it. Tried it a different way, and some other ways and I just couldn’t get it so I looked at some hints and it turns out I forgot to turn over a card. After turning over the card it was still a hard onto figure out. I used all the hints for that one.

One of the clues in an envelope came after I had already figured out the puzzle and opened it.

This one was little different from other escape the Crates that I have done. Other mysteries have shown you how you need to set things up with pictures, I didn’t realize how much I liked that until it wasn’t there in this mystery.

You can get Escape: Rock and Roll Spy as a retired mission here.

Subscribe to Escape the Crate and get a new box every other month here.

Check out our reviews of other Escape the Crate missions.

I am not affiliated with Escape the Crate, I just enjoy the mysteries. I subscribe and buy these myself.