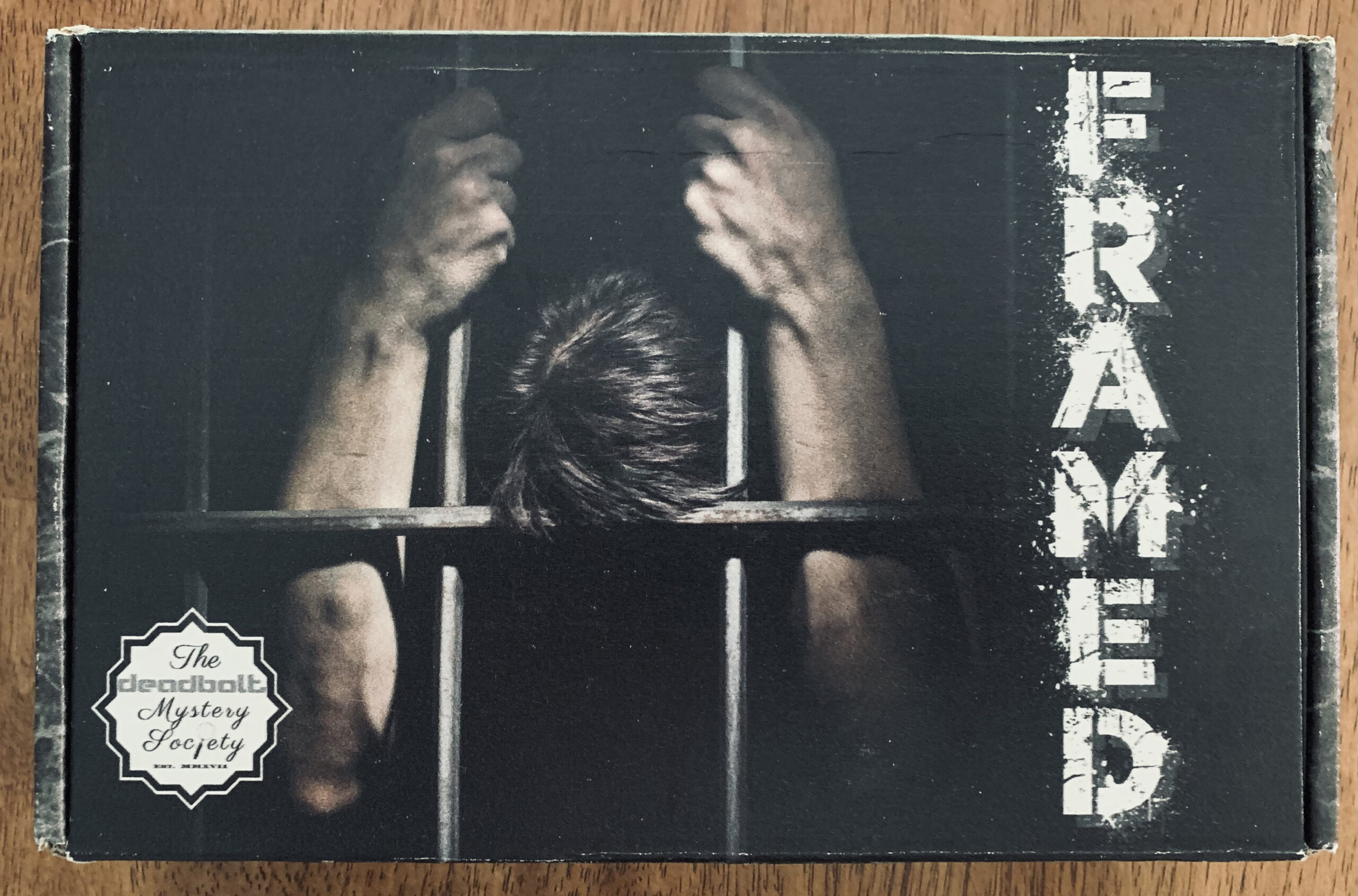 Before we get to the Deadbolt Mystery Society Framed Review here is some information about the monthly mystery boxes. 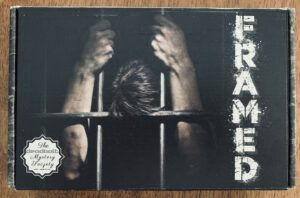 Framed (August 2020) – The Valley Falls Museum is home to some of the world’s most exciting art exhibits and archaeological finds. It is also known for its wonderful ancient history curator, Albert McCain. However, everything changes when a successful heist of the museum results in McCain’s death. Based on evidence recovered from the scene, authorities arrest fellow museum employee, Noah Parker, and charge him with robbery and murder. Noah is a friend and calls you immediately, desperate to proclaim his innocence and enlist your help. He is aware of the Will Street Detective Agency’s stellar track record and is hopeful that you will find information that will exonerate him. Solve the mystery of the museum heist, the murder of Albert McCain, and collect the clues that could either free Parker from jail or lead to his conviction. Difficulty Rating – 6.5/10 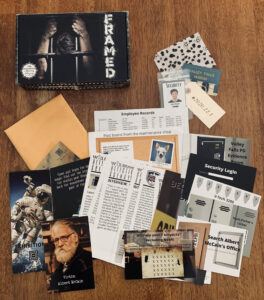 This mystery was set up a little different than other ones I have finished. You had to figure out who the suspects were before you could eliminate them.

This mystery had two parts. The second part stays sealed off in an envelope until you complete the puzzles in the first part.

This mystery box has the regular type of word puzzles and there are also some other types of puzzles. They have a sudoku and crossword. I haven’t seen those in a mystery yet, it was nice to see, I love sudoku. And at least I didn’t have to do the crossword puzzle because I am not so great at those.

Previous boxes I have used a lot of hints. I didn’t have to use as many on this mystery and I thought I was getting better at solving the mysteries. Then I saw the rating and it was a little easier than some of the other mysteries.

Make sure you read all the clues, some had 2 parts and I was sure I was right but was forgetting a part.

I love how they wrap up the story when you have solved it, not only this mystery but they all have something at the end.