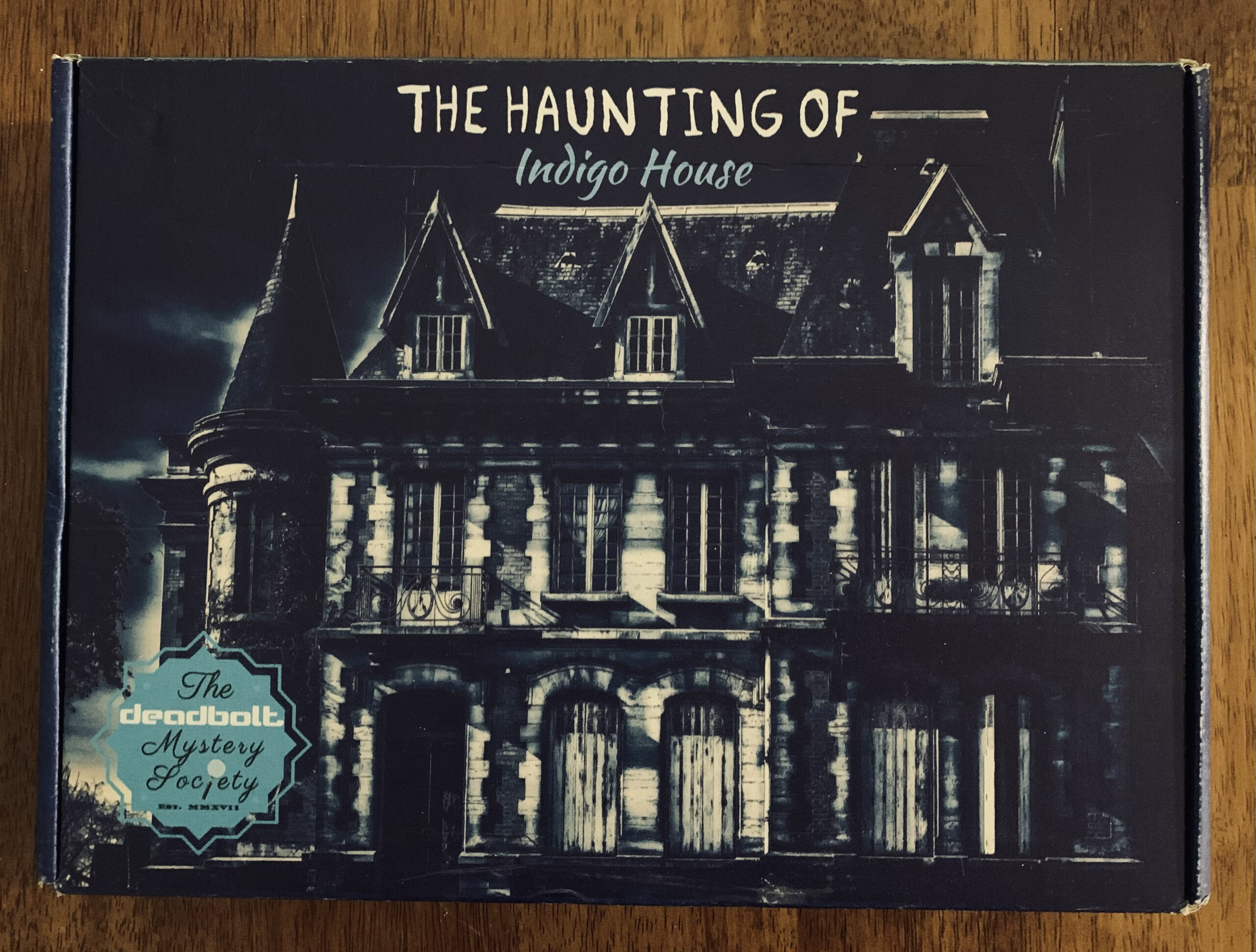 Before we get to the Deadbolt Mystery Society The Haunting of Indigo House Review here is some information about the monthly mystery boxes.

The Haunting of Indigo House (May 2018) – For nearly a century, the ominous shadow of Bleak Lily has clouded the public’s opinions of Indigo House, turning it into a paranormal hotspot frequented by all manner of supernatural enthusiasts. A local ghost story rooted in bits of truth, the tale of Bleak Lily is actually the tragic story of Lily Abernethy, one of the estate’s original owners who took to haunting the house after a suspicious and untimely demise. In the years after Lily’s passing, numerous people have died on the grounds of Indigo House, and although there has never been anything to prove that the ghost of Lily Abernethy is to blame, people still whisper that the bloodshed is her handiwork. The Van Burens bought Indigo House from the Abernethy family around the turn of the 20th century and have done their best to shake off the curse of Bleak Lily. However, the rumors started up again when the matriarch of the family, Hilda Van Buren, was found dead in her bed. Was Mrs. Van Buren’s death from natural causes? Did Bleak Lily claim another casualty? Or is there something else sinister at work? Difficulty Rating – 7.5/10

There were some supernatural elements to this mystery. I didn’t mind that and I actually liked how the story was set up.

There were a lot of puzzles in this box. A lot of them I couldn’t figure out and I needed hints for probably more than half of the puzzles. I did figure out who the killer was but only by guessing, I missed a lot of things in this mystery. There were a lot of hints and clues you really had to dig for. I will be on my game next time and hopefully not miss so much.

I felt pretty dumb after this mystery. It wasn’t one of my favorites but still an enjoyable mystery. I wouldn’t do it as a first box but after you get the hang of them after a few you can tackle this mystery.

This is an older box and available occasionally on the Deadbolt Mystery Society website. Even if this mystery isn’t available there is usually a good amount of older cases you can get to try.

*I am not affiliated with Deadbolt Mystery Society, I just love their mysteries.

2 thoughts on “The Haunting of Indigo House: A Deadbolt Mystery Society Review”