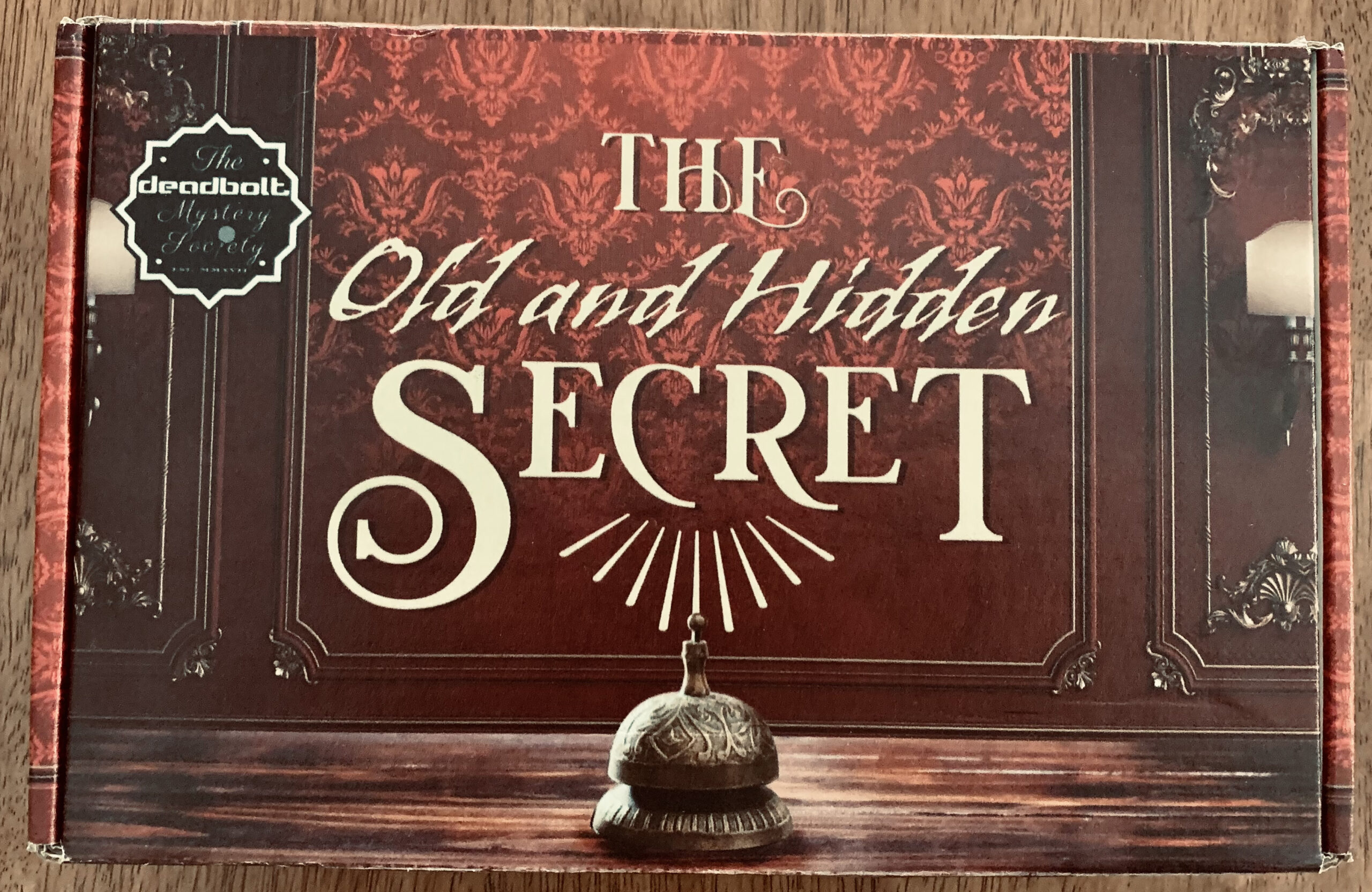 Let’s find out about Deadbolt Mystery Society before we get to The Old and Hidden Secret Review. 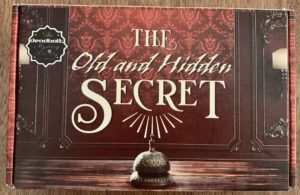 The Old and Hidden Secret (January 2021) – The Ambrosia Hotel is a Valley Falls historical landmark and the scene of an unsolved murder from the 1930’s. Local millionaire Harlan McAllister has purchased the hotel and spent the past 6 months restoring it. A week before the Grand Reopening he has invited a series of well-known Valley Falls personalities who all have historical ties to the hotel including famed mystery author Rosemary Clark (last seen in The Dark and Stormy Night). The night’s events are proceeding as planned until one of the guests, Sinclair LeCompt, doesn’t show up for dinner. After checking his room, they find that LeCompt’s door is chained from the inside. Once the chain is cut and access to the room is gained, LeCompt’s body is found. He has been stabbed through the heart. But how is such a thing possible? The only one of the guests with an airtight alibi is Rosemary Clark. After the Will Street Detective Agency is brought in to help with the case, they enlist her assistance with this locked-room mystery. Can you help Rosemary Clark and The Will Street Detective Agency solve the mystery of The Old and Hidden Secret? Difficulty Rating – 7/10 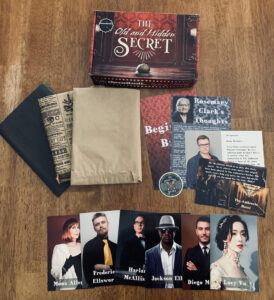 At first glance there didn’t seem to be lot in this mystery, a few sheets of paper and 3 envelopes. But there was a lot more to the game once you were inside the envelopes.

This mystery theme is about a grand reopening of a hotel that has a history of a murder happening there in the 1930’s. There is a murder in the same room on the night of the reopening. You have clues from both crimes, the 1930’s murder and the recent ones. There are puzzles to figure out in both cases too.

A few of the puzzles used game pieces and a board, which I thought was different. I have done a few boxes and haven’t done these sort of puzzles yet. I figured out the first game but needed to use some hints for the next puzzle using the game pieces.

Eliminating the suspects has been the way to guess who did it in some of the other boxes I have done. That was not the cast with this mystery. I did eliminate a few suspects but most of the clues led to opening envelopes or to other clues. So in the end I interpreted the items wrong and didn’t get the right solution. It was still a great box and love how they included murder mysteries from 2 different times.

They had a playlist you could listen to and set the mood for the case. I can’t concentrate with music going so I didn’t play it but I thought it was a cool idea.

What has been your favorite Deadbolt Mystery so far? They are all so good, it’s hard to choose just one.

1 thought on “The Old and Hidden Secret – A Deadbolt Mystery”